Our staff is the best youll find in and around Gresham, OR!

We recruit only the best - our employees are known to be courteous, knowledgable, experienced & kind. We value our employees and we know you will too!

Greg has spent 20 years as an educator at both the high school and college levels. He has extensive experience in leadership training including conducting leadership seminars nationwide for a few years. He joined the VHC team 18 years ago as the administrator and has focused on developing a quality leadership team which has help facilitate strong survey results as well as improved customer satisfaction. VHC has a strong commitment to the pursuit of excellence under Greg’s leadership for both staff and residents. Greg is married to Lynnell and has one daughter. Greg enjoys outdoor activities and spending time with his family and friends and his dogs. He has earned a master’s degree as well as an Ed. S degree in education and currently serves as Chairperson for the Independent Owners and Administrators Council of the Oregon Health Care Association. 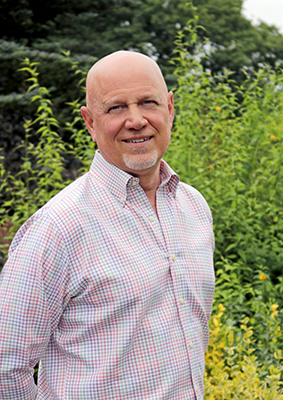 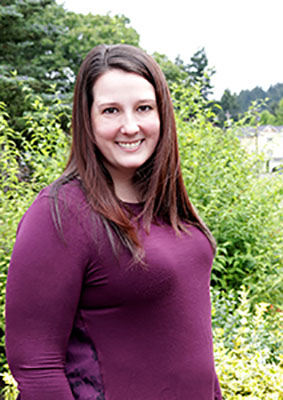 Nicole has been part of the Gresham community since birth and appreciates working in the community she grew up in. Nicole graduated from Mt. Hood Community College’s RN program in 2010 and OHSU’s bachelor’s degree program in 2012. She has worked in geriatric care her entire career in tandem with acute care in the hospital setting. Her goal is always the safety and success of her patients and she works tirelessly to ensure her goal is a reality. When not working Nicole spends her time with her young son, husband, and family.

Dianna is a strong community leader and passionate advocate for many causes. She has worked as a social worker and clinical case manager in long-term health care for over 30 years. She most recently was with the Parks Foundation of Clark County where she served as the Executive Director.

Dianna is married and the mother of 6 children and proud grandmother of 4. She enjoys playing the piano, and shopping and believes that “The best way to find yourself is to lose yourself in the service of others” Mahatma Gandhi. 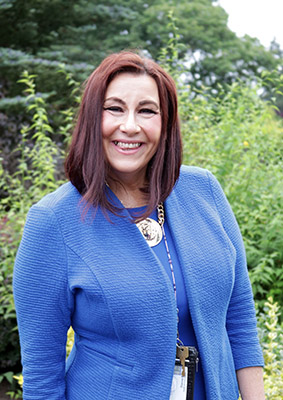 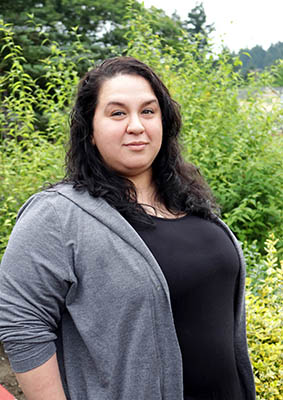 A California native, Leslie has been in the Gresham area for the past 3 years. She has been in the human resource field for 8 years, and her enthusiasm for making Village a wonderful place to work shows in everything she does. Leslie believes in kindness, accountability, and having fun. Leslie is married and she is a mother to an adorable little 3 y/o girl. She enjoys crafting, and her beautiful craft work can be seen all over Village.

Terin Hill, BS, PTA, has been the Rehab Director at Village Health Care since August 2018. She graduated from Western Oregon University with a BS in Biology in 2003 and earned an AAS in Physical Therapy in 2006. Terin has committed her entire 14-year career to helping the geriatric population succeed in their rehabilitation and return home, first at a full-time clinician and, for the last 10 years, as a Director of Rehab at various facilities with Infinity Rehab. In her free time, Terin enjoys spending time with her husband and two young daughters, and volunteering at her daughters’ school. 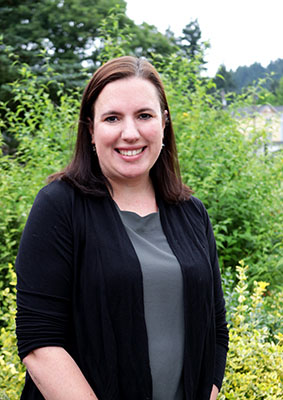 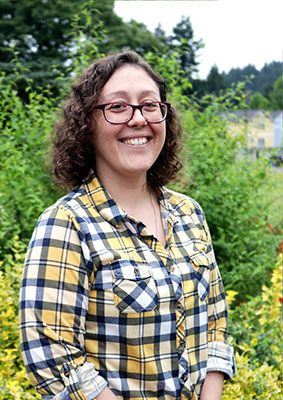 Deana grew up in healthcare, as her father was a podiatrist and her mother was an LPN. Deana began working in her father's office as a medical assistant, became a CNA and worked as CNA for 4 years.

Deana also graduated from the New York Film Academy and tried her hand in culinary school before she became a LPN. Deana went back to school recently to be an RN and has finished her degree.

As a PCM at Village Deana is is passionate about serving geriatric patients, especially those with dementia. When she is not at work, she enjoys spending time with her husband and daughter . She loves to bake and watch movies.

Sandy began her career in healthcare in 2001. She has been a valued member of the Village team since 2014- when she started as a med aide.

Sandy has been part of the Gresham community for 12 years, and loves spending time with her family, doing needlepoint, crafts and enjoying the great outdoors. Sandy is currently working on her RN, and loves to make a difference for all those she cares for at Village. 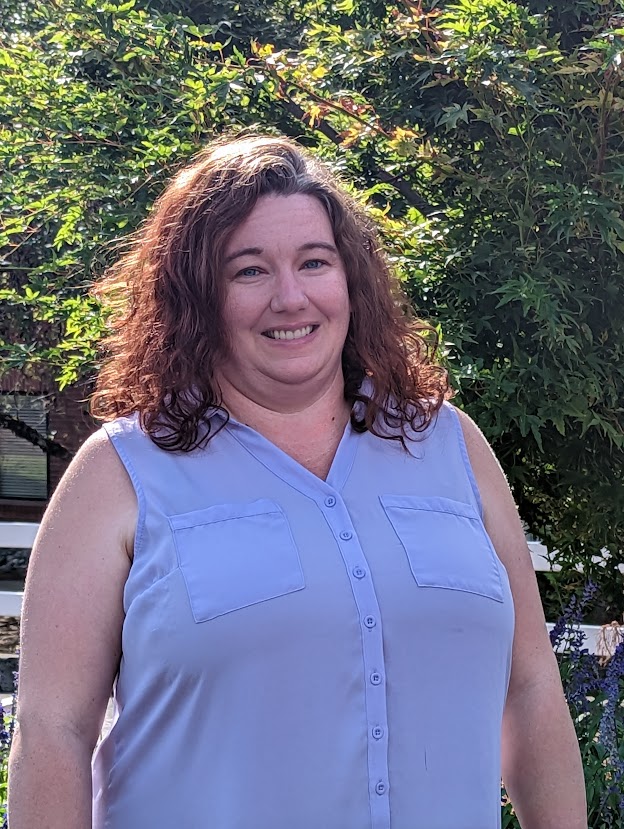 Jamie started her nursing career in 2009 after completing an LPN program at Concorde College. She began working in the field of addiction in February 2010 and in July of 2017 she made the change to skilled nursing where she started with Village Health Care as a charge nurse and worked her way to PCM in 2018. She has a Bachelor of Art degree where she majored in biology and minored in psychology. She enjoys working closely with the patients and their families to make sure that each patient can have the most successful stay at Village Health Care. When Jamie is not working, she is enjoying time with her family which includes 3 grown children. Or continuing to further her education where she is currently working towards a second bachelor’s degree.

Jeanette has worked in the health care industry for the past 20 years. She started out as an in- home caregiver through the state and enjoyed doing that for several years. Jeanette decided to try something a bit different and started working as a med tech at a memory care facility for 5 months before she was promoted to RSC and continued to work as med tech for the next four years. Jeanette joined Village Health Care in October of 2019 and is currently part of the Social Service team helping assist patient is reach their goals of going home. When not at work, Jeanette enjoys spending time with her husband, adult kids, and her grand kids. 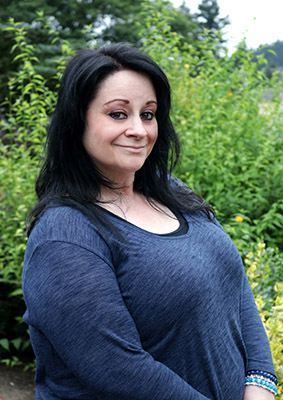 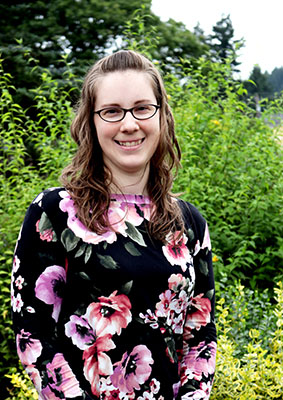 Tasha Hardesty is the Medical Records Director at Village Health Care. After working here as an assistant, she became the department’s director in 2016. Tasha enjoys working at Village Health Care because of the family-like atmosphere and the friendships she has made with her coworkers. Her love of organization is evident in her work as well as her department. After graduating from Pima Medical Institute’s Medical Assistant program in 2012, she moved from Arizona to Oregon and received an Associate Degree in Health Care Administration the following year. When Tasha is not at work, she is spending time with family, volunteering at her church, or relaxing at home. Her hobbies include counted cross stitching, baking, sewing, crafting, hiking, bicycling, and snowboarding with her son.

Marissa has a degree in Hospitality and Restaurant Management. After graduating she took a job in an assisted living and quickly fell in love with the residents. It was at this time that she decided to become a Certified Dietary Manager. She has been working in healthcare for over 11 years and enjoys every minute of it. When Marissa is not at work, she enjoys spending time with her family and her two dogs. Her hobbies include baking, trying new foods and exploring nature. 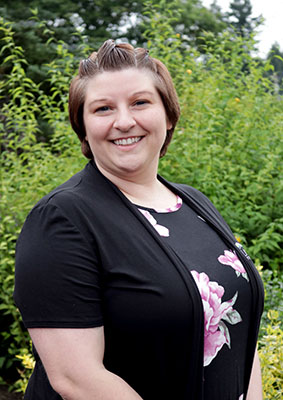 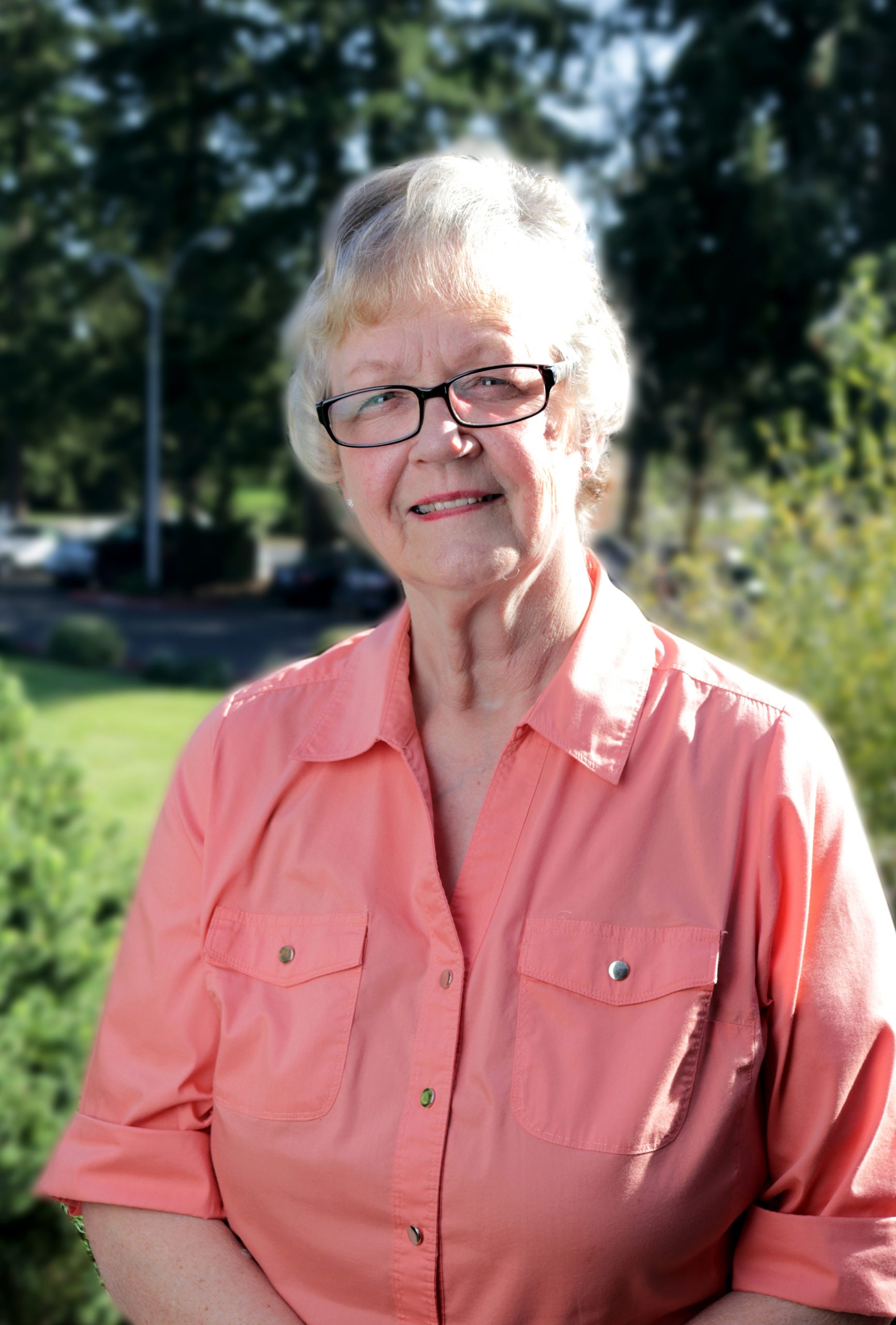 A Portland native, Linda has worked in Long Term Care for over 40 years. She started her career as a CNA and soon became a supervisor. After 12 years, she took a position in the Business Office and worked her way up to Business Office Director. Linda has a high degree of integrity and takes pride in her work. She has a very kind nature and enjoys helping patients and their families navigate their stay. When not at work she enjoys spending time with her husband, 3 grown children and 4 grandchildren.

Annalena has been in this industry for a few years. She loves working with the senior community. If she can put a smile on a patient face, it makes her day. She is very detailed oriented, works well with others, works independently and is willing to help wherever she is needed. She grew up in Washington. You can call her the crazy cat lady, but she loves all animals. She is also a big Disney fan. She is very big on having family and friends around even though she can be quiet at first, she will open once you get to know you. 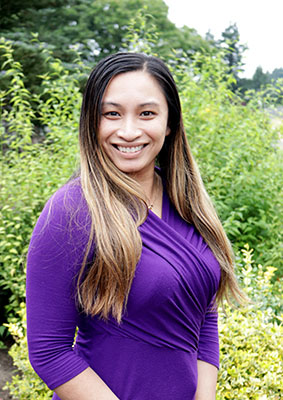 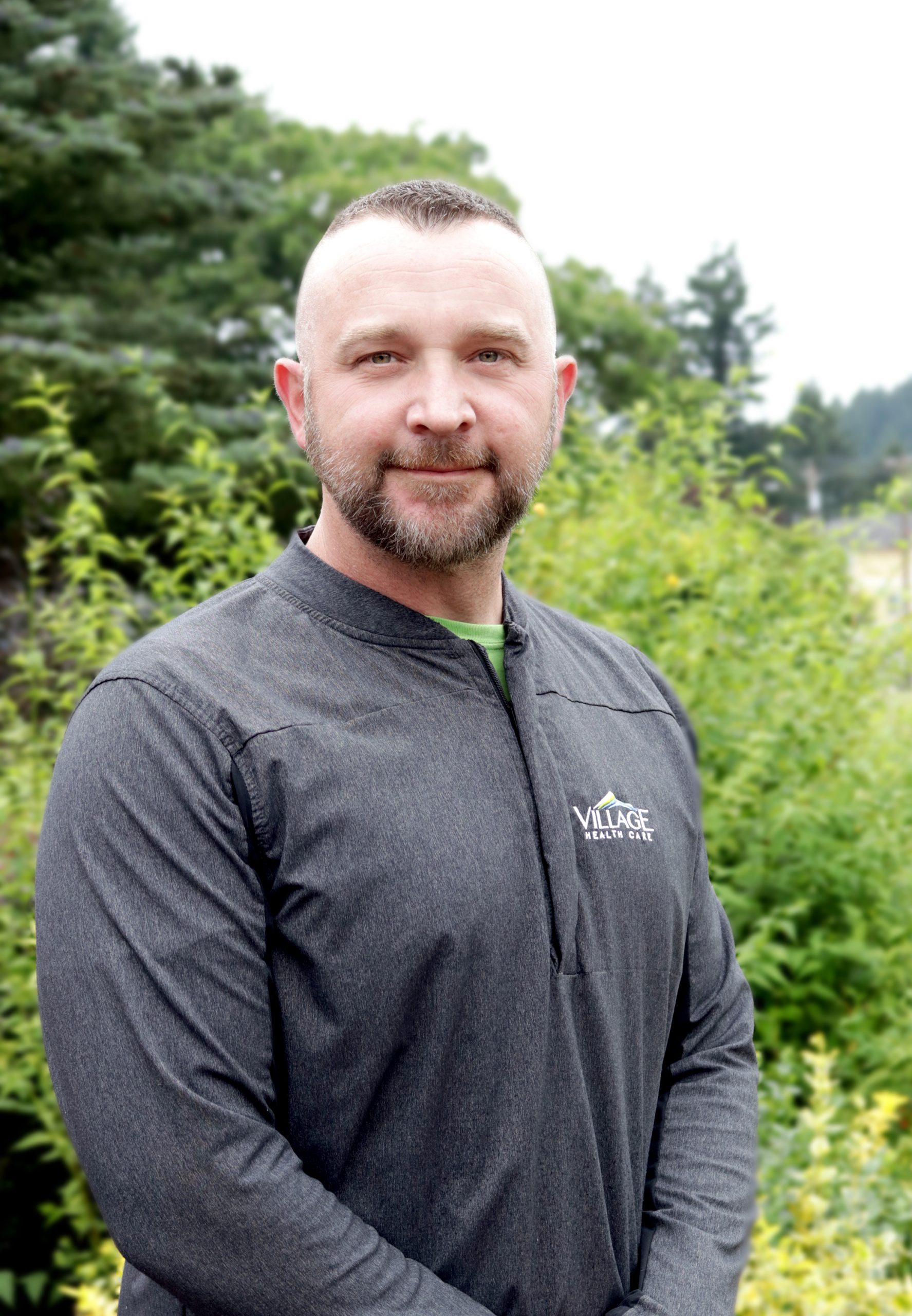 Erick has been part of the Gresham community his whole life and is a graduate of Reynolds High School. Erick has been at Village for over 15 years as the Maintenance Director and he can fix anything! He can be heard singing his favorite songs while he works, and the residents so appreciate his musical talents and positive and friendly attitude. Erick loves his pets, especially his dog Sarah. He also enjoys fishing, working in his yard and giving back to others.

James has been at Village for 17 years, currently serving as the Director of Central Supply. James is a Pennsylvania native, and moved to Oregon in 1994. He is a very accomplished guitarist, who plays locally, and music has always been James’s passion. He is married, and enjoys fishing, and helping the residents and staff at Village. 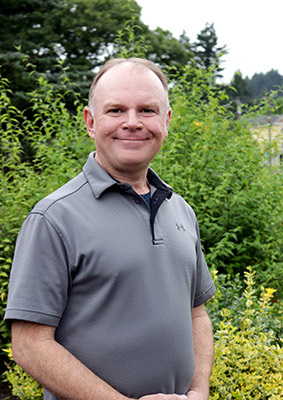 READY TO GET STARTED?

OUR STAFF OUR ONE OF A KIND - WE ARE ALWAYS HERE TO HELP! 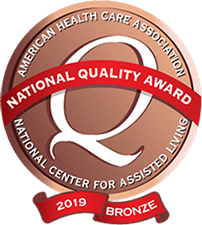